Halted, arrested, rooted to the spot.

Fidgeting among the audience in Meeting House Square on Culture Night (19th September 2014), from where the RTE Radio arts show Arena was broadcasting live - I was suddenly halted, arrested and rooted to the spot by the voice of Barry McGovern reading from Finnegans Wake by James Joyce.
I don’t remember which part he read. Finnegans Wake is as baffling and incomprehensible to me as Ulysses.  I just remember the hair standing on the back of my neck, my heart opening, my pulse quickening, I was transfixed. 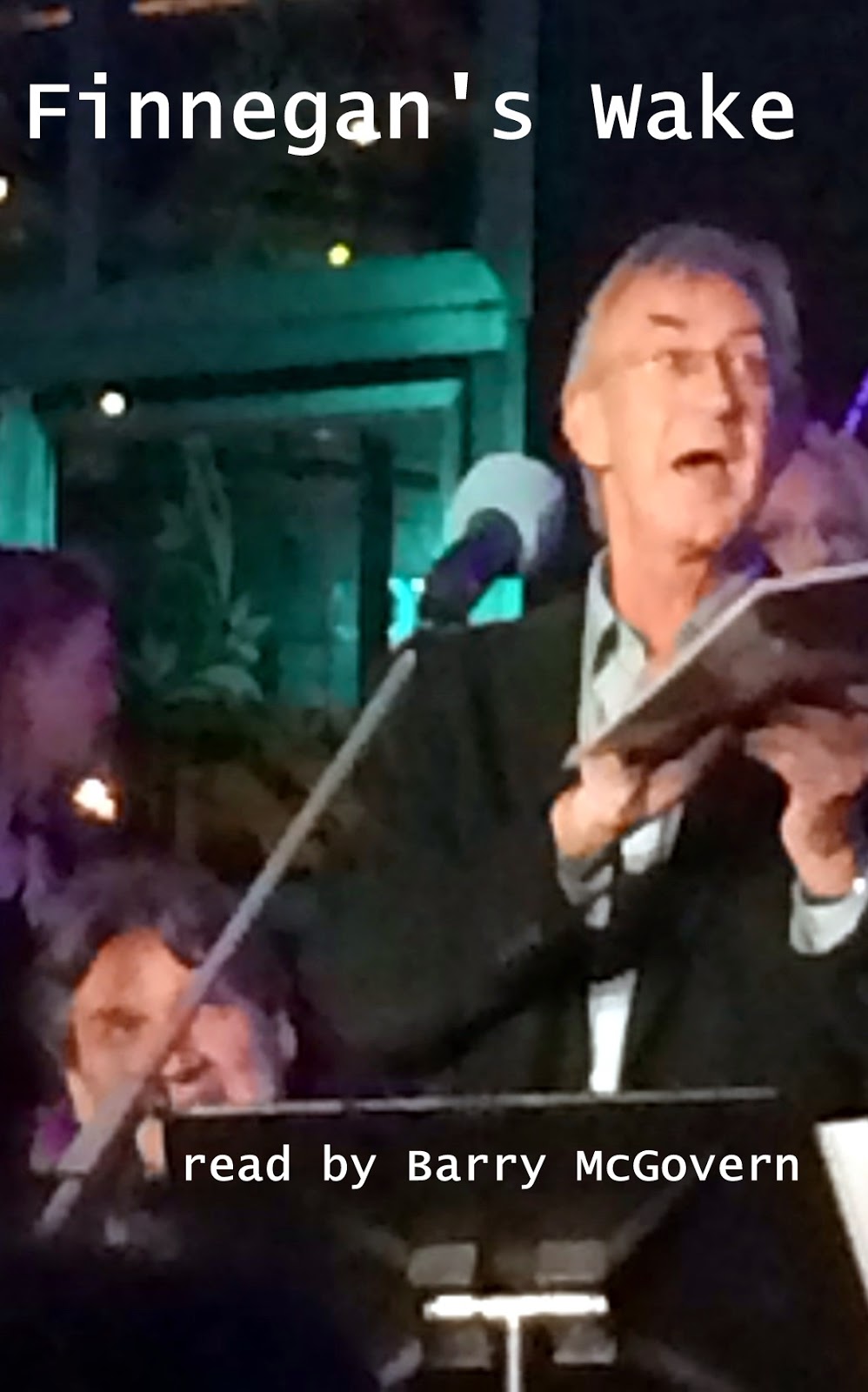 Finnegans Wake, Séan Rocks told us, was seventeen years in composition before it was published in book form on 4 May 1939 – 75 years ago.


I wondered if that were Joyce himself up there reading - would he be a blogger?  Would he be on facebook?  Would he tweet? I decided he would.  Would his worries be like my worries – about his writing not being linear enough, having too many flashbacks, having too much backstory?
What advice would he give to me? I decided he would say something like this. "bababadalgharaghtakamminarronnkonnbronntonnerronntuonnthunntrovarrhounawnskawntoohoohoordenenthur-nuk!


My musings were taking place during a pleasant musical interlude – with Jack L - backed by the RTE Concert Orchestra.  And then suddenly - it happened again.  I was halted, arrested and rooted to the spot - this time by the voice of Ciarán Hinds performing Prospero from Shakespeare’s Tempest. 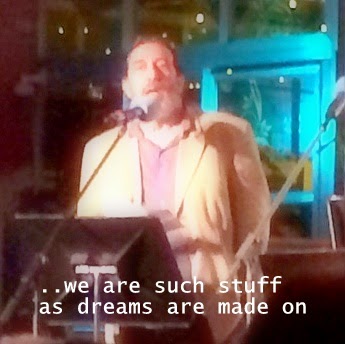 "we are such stuff
as dreams are made on;
and our little life
is rounded with a sleep."
The music resumed. My musings now kept pace with the Contempo String Quartet.
Would the Bard tweet?  Would he blog?  Very probably.
What would his advice be – what would he say?
As the quartet built towards its finale, I imagined I heard the Bard again.


“Our doubts are traitors,
and make us lose the good we oft might win,
by fearing to attempt.” 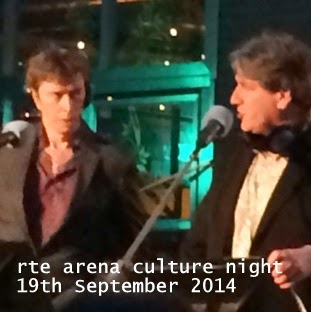