Another mahout of the feminine

One of my new year resolutions is to pay more attention to writers and artists - and now monks! In my last post I wrote about a Claire Byrne RTE radio interview I enjoyed with a Glenstal monk called Simon Sleeman.

An itch to hear more led me to another RTE radio interview with another Glenstal monk.  Listen here to Mark Patrick Hederman talking to Marian Finucane about his new book the ‘Opal and the Pearl’. 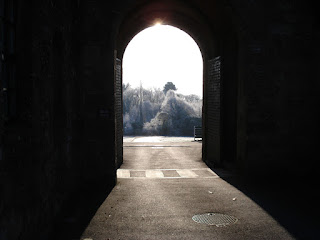 If you don’t want to listen here’s my potted eavesdropped version.
It seems the ‘Opal and the Pearl’ was written by Hederman partly as a response to our President Higgin's suggestion that we need a new ethics. The flow of their conversation goes something like this.
We should listen to writers and artists. We are living in a state of chaos. We need rules and ethics now that those of the church have disappeared. When we had a catechism - when many people thought it was wonderful to be Catholic in Ireland - we didn't have to ask questions – but now we do.

Bullyboys have always run the world.

Homophobics, he says, are terrified of the feminine in self or in other. We are no longer a fascist regime that determines the type of toy or colour that our children have or wear. We are entering a new world. So we have to work out new rules and standards. Marriage can be a prison rather than a liberation. Before, when it was an institution, your big day could well be the end of your life. He finds it strange that gay people want to get married. We should have more imagination. He hates referenda.  They are, he says, more like hate fests than debates.
Religion, he says, is something we associate with freedom and should never be forced. If you want me to believe in your Redeemer you'd want to look a bit more redeemed yourself.   (He quoting Friedrich Nietzsche here).  If people find your way of life attractive then…. 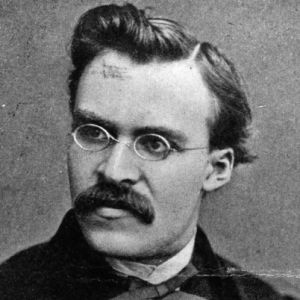 Marion is reading Hillary Clinton's book - she remembers Clinton saying at one point that she could no longer put her arms around America. Hederman remarks that de Valera put his arms around Ireland in a paternal way that worked for 100 years for a percentage of the people.
They went on to discuss how robots now run hotels and soon will run supermarkets. Hederman says that should be a wonderful thing because everybody would be at leisure - but not so - because we have become obsessed by the notion that your dignity has become aligned to your work. At one point 2/3 of the world’s population were slaves so that one third could live in the kind of leisure that we associate with aristocracy.
He referred to the President of another nation as the last bastion of male chauvinism and patriarchy. The undercurrent to all this, he says, is that at the archetypal level of the unconscious – thousands of years of male domination has ended and there is now a feminine backlash.
He hates the term parity of esteem. This seems to him to mean that we believe that we are entitled to have a 500 seater bus pulled up outside our home regardless of where we live. There is an anger out there that's to do with unreal desire.

We are told lies all the time he say. Politicians are not in charge it's money that's in charge. He spoke about Chuck Feeney the financier.  Feeney told him once that every single person that is born on this earth could be given $1 million when they start.  This is perfectly possible with all the trillions that are in various foundations. But within 10 years all that money would be back in the hands of the five percent who know how to deal with money. 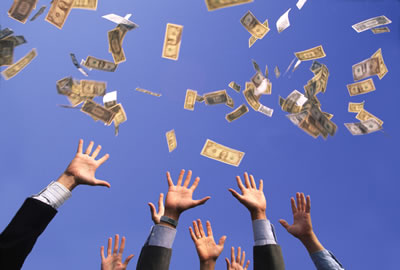 Hederman had his first computer in his 40s. He’s aware that now children of three are perfectly conversant with how to work your iPad. Parents have no capacity to prevent them from seeing things they shouldn't. There is instantaneous awareness of everything that's going on. Democracy, while it may be better than any alternatives, is still a crude instrument.
A listener texted (among the many who were enthralled) to ask why, if he hates the church, doesn't he leave.
Dancing with Dinosaurs

He doesn't hate the church. He wrote a book called ‘Dancing with Dinosaurs’.  Every institution has to become a huge corporate/amalgam or it disappears he says. Seventy percent of every small business dies in the first five years. Of that 70 percent 40 percent go within 10 years. So the fact that Christianity has endured for 2000 years is a miracle - it should be gone long ago. But the mahout of the dinosaur is the Holy Spirit….

But it is also an institution that is made of human hands and has been guilty of the most heinous crimes during the 2000 years of its existence. That is the principle of the incarnation he says. The Trinity want to work with us as partners. It's an amalgam - and unfortunately we have been as much use to them as a hole in the head and the result is that most of what happens is our fault.
He believes the church is as good as you get. He was born a Catholic. He’s studied a lot of other religions and he believes this is the best one if you go deeply enough to find where the nuggets are. There is, he says, a heap about it that he disapproves of and finds completely unacceptable - but basically speaking he doesn't have the energy or the time or the desire to use any other technology for what he regards as the most important thing - his personal connection with God.  This is as good away as he has found - especially the Eucharist.  The liturgy of the church, for him, is the best possible way of making that connection and so that's why he doesn’t want to become or study another religion. But he says the same thing can be said about democracy.  Just now it seems to be the best possible way because it is human and it's appealing.  It is also appalling when you go down through history to see what happens you wonder how on earth it ever did survive. 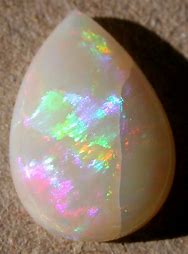 Marion returns to Hederman’s choice of jewels of beauty. He explains that the pearl get its beauty by keeping out every other elements – by remaining spotless like your first Holy Communion dress.  This is one kind of beauty.  Most people find it impossible to become pearls. But there is another kind of jewel that gets its beauty from its imperfection and from the invasion from outside of other elements like water and air and sand.
The Catholic Church, he says, has imagined that perfection has to do with chastity. Ireland was an island of purity surrounded by a sea of vice. It was important to keep out dirty books coming from England and especially from the USA – to stay the evangelisation that would've come through cinema - so there was an attempt to censor and to keep Ireland a Pearl. We also censored our own writers and yet they are of a reflection of the truth.
There is the truth we call Catholic truth, he says, and the truth of human beings. Those were meant to be brought together - the orthodoxy of the church mirrored by the orthodoxy of humanity. We are living very human lives and if God doesn't want that humanity then he doesn't want us at all. So if were talking about partnership - incarnation - we've got to listen to all these wonderful people who were banned. We have to have that conversation now with their intestines.
Asked if he would ever retire the interview concluded by Hederman saying he can imagine 10 more years ex Abbot as a wild old wicked man.
These monks must never retire!
Eavesdropping on this intestinal conversation cost me my sleep – but gave enough pointers about the creative process for maybe the whole of 2018.