‘It is no measure of health to be well adjusted to a profoundly sick society’.

So says Ivor Browne, gleefully quoting Krishnamurti in the film ‘Meetings with Ivor’, which was directed by Alan Gilsenan and has now been broadcast on RTE. 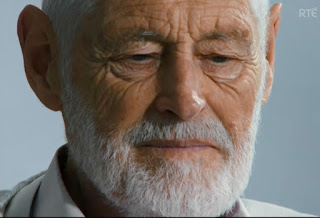 This man makes an awful lot of sense.  I watched this film three times for three reasons – well for lots of reasons - but primarily there are three.


This film is about the ground-breaking Irish psychiatrist Ivor Browne.

I saw it first in the IFI in March when Professor  Browne was himself present for a Q&A session after the screening.  I don’t know how much getting to hear him bear witness in person to his lifetime of learnings drew me to view it a second and third time.

The film itself is a quirky portrait of the man as guru, creative and sage - often bathing him in white mystical light. But neither the film nor the people whom he ‘meets’ shy away either from his vulnerabilites, flaws or more controversial views.
For someone highly creative, and such an alternative often playful thinker, Ivor Browne has held down some seriously heavyweight mainstream jobs - like chief psychiatrist with the Eastern Health Board and professor of psychiatry at University College Dublin. …

In the film Browne has ‘meetings’ with a variety of people including Mary Coughlan, Tommy Tiernan, Sebastian Barry, Tom Murphy, Nell McCafferty and others.  Brendan Kelly, professor of psychiatry at Trinity College Dublin has a particularly memorable 'meeting with Ivor' which illustrates Browne’s uncanny ability to be part of the establishment and still be its critic.  Philosopher Richard Kearney, who appears briefly, describes him as a ’master of attention’.


Anyway, here, in reverse order, are my three reasons for going back.

Browne spoke throughout the film about ‘Some quare thing in me searching for meaning.’ This man, now in his late-eighties, and full of compassion and energy, is an extraordinary human being.  His overall thesis, after a journey through psychiatry in Ireland that started with treatments like ECT and heavy medication and now includes treatments like talk therapy and meditation, seems to be that most illnesses can be traced back to a trauma that can be unearthed and healed rather than supressed and medicated.  Much of what he describes is moving.  I wanted to watch his search again.

He spoke very movingly too about the importance of finding one’s channel.  He was, he said, entirely lost until he found his first channel – which was the trumpet – and a passion for jazz – and began his lifetime love affair with music.  I wanted to watch again his searching out of channels.

His mastery of attention.

My number one reason for watching this film three times was to observe again the way the man LISTENED. (Who was it that said that writing is 90% about listening?).


In the film playwright Tom Murphy’s ‘meeting with Ivor' involved both men being closely filmed listening to Italian tenor Beniamino Gigli. The background to this is that Tom Murphy dedicated his 1983 masterpiece, The Gigli Concert, to his friend Ivor Browne. The play ends with JPW King, a sort of ‘quack’ therapist, being able to sing like the Gigli.  So this what these two men do in their meeting.  They listen to Gigli.


I went back three times to watch that – two blokes listening.
Honestly.
You should try it.
It’s on the RTE Player HERE. 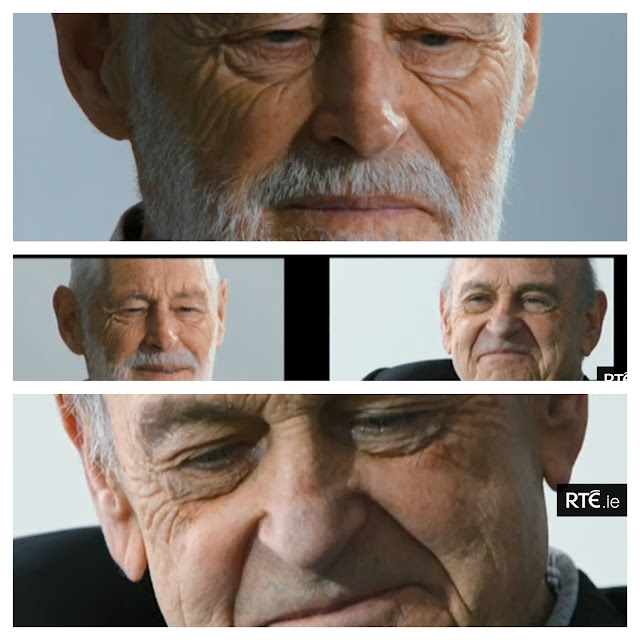