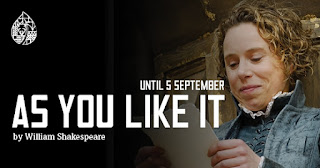 I wonder if it’s possible to attend a Shakespeare play and not wake up for mornings on end afterwards with snippets of famous monologue ringing in ones ears?
Like, for example, Jacque’s Seven Ages of Man monologue in As You Like It which begins:

All the world's a stage,


And all the men and women merely players,


They have their exits and entrances,


And one man in his time plays many parts,


His acts being seven ages.

Or
A fool, a fool! I met a fool in the forest,
A motley fool; a miserable world!
As I do live by food, I met a fool
Who laid him down and bask'd him in the sun,
And rail'd on Lady Fortune in good terms,
In good set terms and, yet, a motley fool. 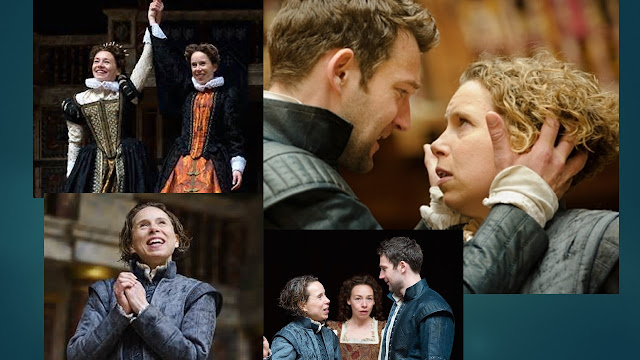 Shakespeare is believed to have written As You Like It in 1599.  In the play the heroine Rosalind flees persecution in her uncle's court.  Accompanied by her cousin Celia she travels to the safety of the Forest of Arden where she falls in love with the wronged Orlando, a courtier deprived of his birth right by his brother. 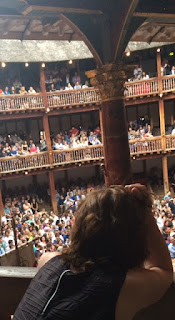 Critical response has varied historically - some critics finding the work to be of great merit while others describe it as a potboiler.

For me - attending this production in the Globe theatre this July is a bit like watching a three hour episode of Fr. Ted in which the ‘wimmin’ are outstanding.

Michelle Terry as Rosalind and Ellie Piercy as Celia are so energetic they are spellbinding.


And beneath the cross-dressing and the quicksilver wit all the age old issues are quivering:
alienation, justice and injustice, love and loss, forgiveness and reparation...........

It was a real thrill to be under the balmy London skies at this production.